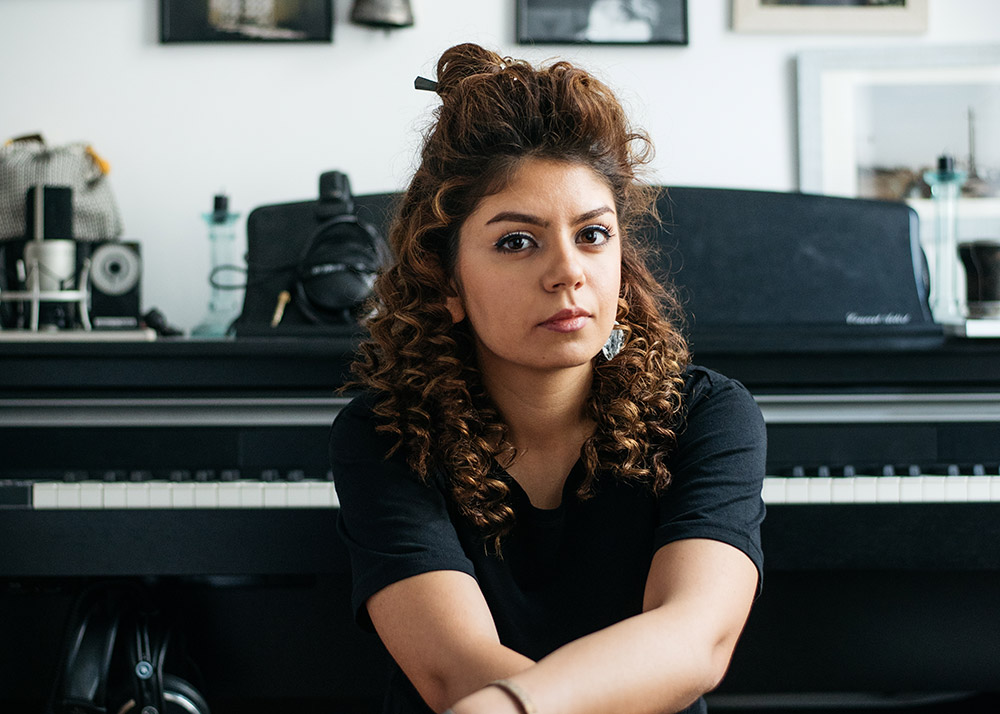 Rojin Sharafi is a Vienna-based, Tehran-born soundartist, performer and composer of acoustic and electronic music, which freely crosses the borders between genres. She creates entirely unique musical textures through the use of analogue, acoustic and augmented instruments, as well as digital tools of her own devising. She is currently pursuing her masters in composition and sound engineering at the Vienna University of Music and Performing Arts.

Her debut album “Urns Waiting to be Fed,” with Zabte Zote, has been lauded as “one of [2019’s] most ecstatic and fiercely original hours of music.” A second album, “Zangaar,” was released in 2020. Sharafi has worked with countless collaborators and been part of numerous co-productions in film and dance. Her work has been presented at festivals and venues the world over from Sheffield to Riga and Budapest to New York and Washington DC. She is a SHAPE 2020 artist and recipient of the 2018 Austrian female Composers prize.

Menü
This website uses cookies to improve your experience. If you continue to use this site, you agree with it.
Ok